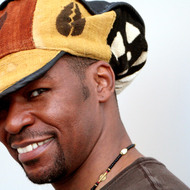 Patdro Harris (Director/Broadway Choreographer/Writer) has combined his directing, chorographical and writing skills to become one of the most innovative and creative talents of our time. He is nationally and internationally recognized and respected by colleagues, critics, and fans. He was voted “… best director” by the Star Tribune Minneapolis. The Washington Post hails him as a “superb choreographer”. The New York Times applauds his artistry as “praiseworthy”. The Atlanta Journal-Constitution enthusiastically commends his work as “dynamic … brilliant…solid season after season”.

Patdro has traveled the world as choreographer and lead dancer for the incomparable Stevie Wonder. He has worked with such artists as The SOS Band, TC Carson, Daryl Coley, Yolanda Adams, and India Arie. His talents were also showcased as Choreographer and Movement Specialist in Toni Morrison’s world premiere opera, Margaret Garner. He choreographed the Tony Award-winning Broadway hit A Raisin in the Sun starring Sean Combs and Phylicia Rashad.