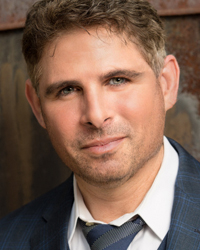 BRIAN KURLANDER* (Oliver) is thrilled to be back having recently played MAX in the Royale. Other T.O. productions include, The Guys, Fly, and My Name is Asher Lev. Atlanta audiences have seen him in Comedy of Tenors and 9 to 5 Georgia Ensemble, The Christians at Actors Express and How to Use A Knife at Horizon Theatre. Brian co-authored T.O.’s MOXIE which received the Suzi Bass – Gene-Gabriel Moore and the Atlanta Broadway World Award for “Best Play of 2016”. Brian works steadily in Georgia’s rapidly growing Film & TV industry. He and his wife Carrie have two amazing children.