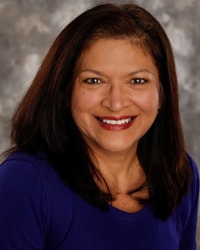 FELICIA HERNANDEZ (Abuela Claudia) has delighted audiences from South Africa to Canada, from Israel to The Philippines, and all over the United States. She has called Atlanta for 35 plus years. While it has been years since she belted songs in Atlanta clubs, Felicia continues to sing with the Lynn Swanson Festival Singers and churches throughout the Southeast. Theatre: 7 Stages, Horizon Theatre and The Alliance in The Park, Antigone in New York, Cowgirls, Candide, Guys and Dolls, Funny Thing Happened on the Way to the Forum, Three Penny Opera and others. Felicia plays Persifina in Ruby in Paradise, starring Ashley Judd, which won the Spirit Award at Sundance. She performed with the fifties group, The Platters, recording “The Twentieth Anniversary” album and a gospel album, “Sweet Inspiration,” singing the title song. She dedicates her work to her grandparents who immigrated from Mexico and Spain, The Renteria–Hernandez family and Chavez-Guerra family.