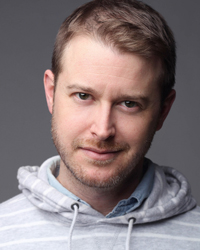 JEREMY WOOD (Starbuck) is excited to join Theatrical Outfit for the very first time for this production of 110 In the Shade. Jeremy is an Atlanta-based actor with a B.F.A. in Music and Theatre from the former Shorter College. Jeremy has toured nationally and internationally with the tours of Grease as well as the first national tour of Ring of Fire. In 2010 he was included in Creative Loafing’s top 10 performances in Atlanta and was awarded Best Featured Actor in a Musical in the 2011 Suzi Bass Awards for his role as “Cosmo Brown” in Singin’ in the Rain. Many thanks and all the love in the world to his beautiful and talented wife Laura Floyd.