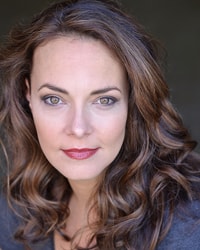 TARA OCHS (Rosemary) is thrilled to be making her Theatrical Outfit debut. She is an ensemble member of Dad’s Garage Theatre where she is regularly seen making the improv. She is also collaborating with 7 Stages to produce her first one woman show,White Woman in Progress, based on her role in the feature film Selma. Past theatre credits include Mr. Universe at 7 Stages, and Second City: Miracle on 1280 Peachtree St at the Alliance Theater’s Hertz Stage. Tara is a voice-over artist, audiobook narrator and screen actor as well, with TV credits that recently include: “Stan Against Evil“, “Devious Maids”, “Your Pretty Face”, and film credits Allegiant and next year, One Last Thing.