FIRES IN THE MIRROR: CROWN HEIGHTS, BROOKLYN AND OTHER IDENTITIES 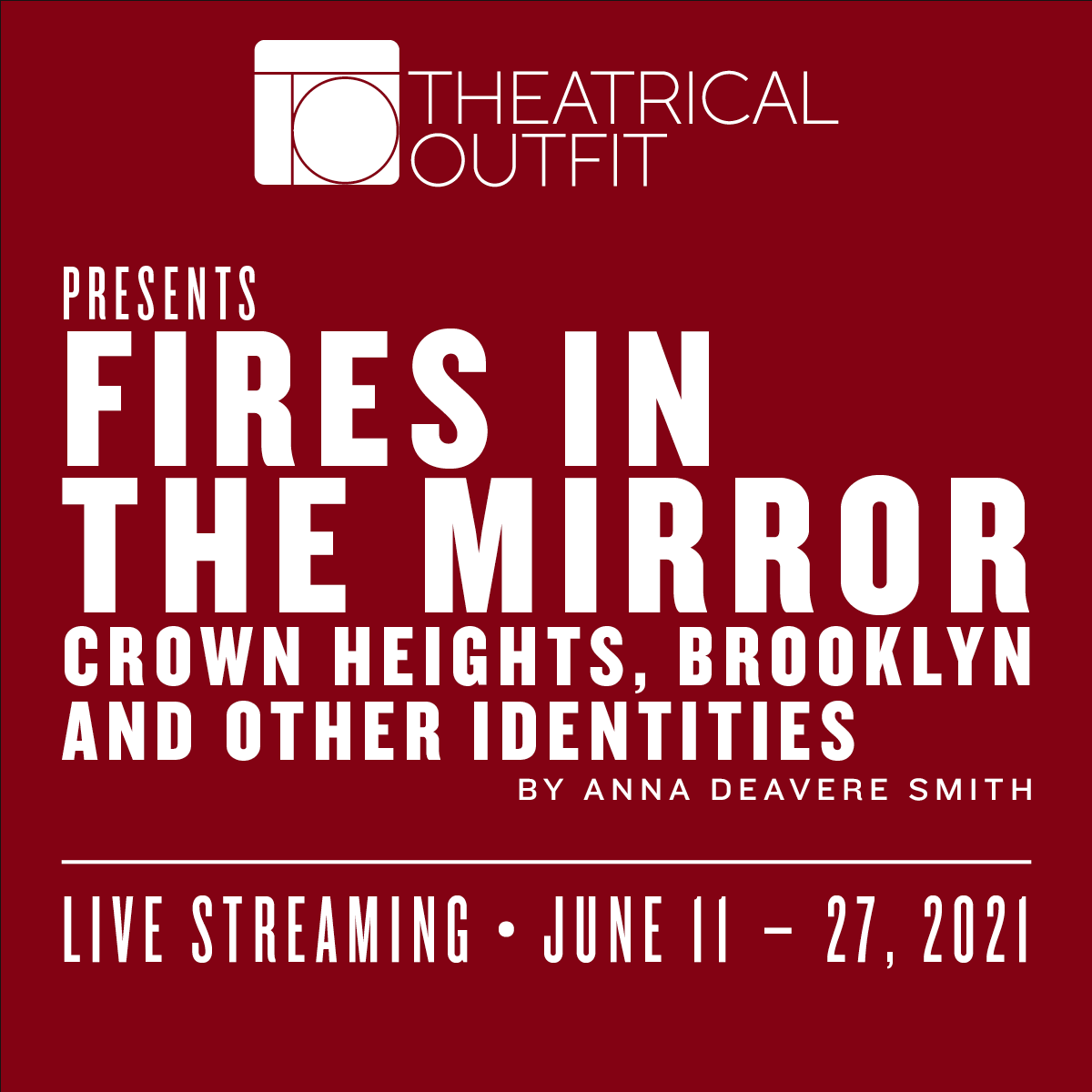 “Quite Simply, The Most Compelling View Of Racial & Class Conflict That One Could Hope To Encounter” – The New York Times

How do you plan for a reckoning? Theatrical Outfit will commemorate the 30th Anniversary of the Crown Heights riot by bringing Anna Deavere Smith’s (Shonda Rhimes’ For The People) documentary theatre masterpiece to life with soaring theatricality. Taken directly from a series of interviews with over fifty members of the Jewish and Black communities following the historic riots, Fires In The Mirror turns their voices into a tour de force one-woman show starring January LaVoy. This groundbreaking play is “Viscerally Smart [And] Endlessly Empathetic” (The New Yorker).

Receive Exclusives When You Purchase A 3 Mainstage Play ONLY VIP PACKAGE.

Fires In The Mirror Streams Live For 9 Performances Only.

Fires In The Mirror will have a chance for limited in person seating for these 9 performances.

Details will be announced at a later date once the safety of our patrons, artists, and staff is assessed.

*Appearing through an Agreement between this theatre, Theatrical Outfit, and Actors’ Equity Association, the Union of Professional Actors and Stage Managers in the United States.

*Appearing through an Agreement between this theatre, Theatrical Outfit, and Actors’ Equity Association, the Union of Professional Actors and Stage Managers in the United States.