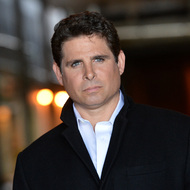 Brian took a hiatus from life as a professional actor/director/teacher to help grow the film industry in the state ofAlabamaas executive director of the Alabama Film Office. In this role, Brian worked to provide greater opportunities for employment in the state’s film and entertainment sector. He was instrumental in drafting and lobbying legislation to enact the states first incentives package for the film industry, which led to historic growth in jobs and earnings for the sector. He earned a reputation as an innovative and creative thinker in economic development recruitment, legislative lobbying, brand strategy and execution.

Brian is the founder of Kurlander Consulting, a strategic communication firm that has advised Fortune 500 companies, non-profit and government organizations.

In addition to his strategic communication expertise, Brian specializes in developing and honing clients’ presentation and public speaking skills and messaging. He has coached on-air television and radio talent, clergy, political candidates and senior executives, preparing them to step into the media and public affairs spotlight.

Brian is a graduate of James Madison University where he majored in Communications and distinguished himself as the university’s first NCAA Division I All-American in the sport of wrestling. During that time Brian also earned a spot on the U.S.A World Greco-Roman Wrestling team and was ranked among the top 10 in the World. He also holds a Master of Fine Arts from the University of Delaware Professional Theatre Training Program.

Brian is a member of Actors Equity Association the Screen Actors Guild and the American Federation of Television and Radio Artists. He serves on the board of directors for the Atlanta Area Ronald McDonald House Charities and Synchronicity Theatre.

He is happily married and the father of two amazing children.