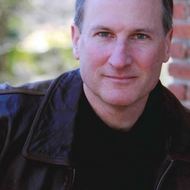 David’s association with Theatrical Outfit extends back to “The Royal Hunt of the Sun”, which opened the Outfit’s space at the Kress building in 1982. From there he appeared in numerous TO shows like “I’m Not Rappaport”, “Baby and the Bathwater”, and most recently as Sigmund Freud in “Freud’s Last Session.” As a director, he cut his teeth at the Outfit with shows like the controversial “Sister Mary Ignatius Explains It All for You” in 1986 and most recently the Suzi Award winner for best production “Red”, starring Tom Key and Jimi Kocina. David performed on Broadway and on several National Tours as Lumiere in “Beauty and the Beast”—an association that lasted 11 years, along with three different companies of “Wicked” as Dr. Dillamond. Numerous regional appearances include “Carapace” (Alliance Theater), “The Heart is a Lonely Hunter” (The Acting Company), and “A Tuna Christmas” (Actor’s Theatre of Louisville). Television and Film credits include “Nashville”, “Devious Maids”, “Drop Dead Diva”, “Necessary Roughness” and the upcoming feature “Kill The Messenger.” As a voice artist, David is an award-winning audiobook narrator, with over 80 titles for children and adults to his credit. He has voiced hundreds of commercials and corporate films for radio and television and was most recently an Artist in Residence and Visiting Professor at Brenau University. He holds degrees from American University and Gonzaga University and is the proud father of his son Willem.