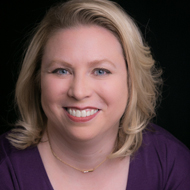 Gretchen E. Butler joined the staff of Theatrical Outfit in the fall of 2018, returning to the very place where she had her first professional job in Atlanta theatre 20 years ago. She holds a BA in Theatre from Randolph-Macon Woman’s College and an MFA in Theatre Management from the Hilberry Theatre at Wayne State University. Gretchen worked as a freelance Stage Manager, Box Office Associate, and Arts Educator throughout Atlanta prior to joining the staff of Georgia Ensemble Theatre (GET) as their Production Manager in 2006.  After 8 years with GET, she became the first Managing Director of Serenbe Playhouse, eventually moving into the role of Director of Operations of the Serenbe Institute for Art, Culture and the Environment, parent company of the Playhouse.  Gretchen is a proud graduate of ALMA (Arts Leaders of Metro Atlanta), as well as a member of Phi Beta Kappa, Omicron Delta Kappa, and Atlanta Woman’s Club, where she chairs the Education Community Service Project.  She feeds her civic passion by serving on the steering committee for IDEAtl, a cohort of Atlanta theatres dedicated to equity, diversity and inclusion in their work; the Advisory Committee for The Georgia High School Musical Theatre Awards (The Shulers); the Board of Trustees of Kingswood United Methodist Church; and the Capital Campaign Committee of The Sunflower Initiative, which funds scholarships for students attending women’s colleges.