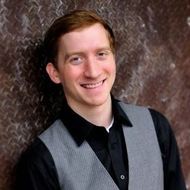 Jimi Kocina, an Atlanta native, is an actor who has worked in and around Atlanta professionally for the better part of the last decade. Regional theatres employed by include The Aurora Theatre, Actor’s Express, Horizon Theatre, The Alliance Theatre, Theatre in the Square, Synchronicity Theatre, Stage Door Players, The Lyric, and of course, Theatrical Outfit, where Jimi performed alongside the one and only Tom Key in the Suzi Award-winning Red. Jimi is immensely proud to be an Artistic Associate for Theatrical Outfit, the theatre that helped him grow so much as an artist and human being.