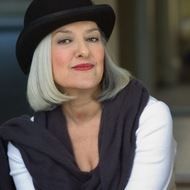 Possessed of an Irish sense of humor and an Asian sense of justice, Kathleen McManus has called Georgia home since 1982. With decades of experience as an actor, she has interpreted the great playwrights from Albee to Zindel, including a nodding acquaintance with Tennessee Williams, Eugene O’Neill and Arthur Miller. First seen at Theatrical Outfit in 1984’s TOM PAINE, she has subsequently appeared at the Balzer Theater in THE GOD COMMITTEE, BIG RIVER and A CONFEDERACY OF DUNCES. Her New Orleans roots came in handy for the last of these, in which she also served as dialect coach. She is a three time recipient of the Suzi Bass Awards; one for her portrayal of Big Edie in GREY GARDENS at Actor’s Express, and two for ensemble work at Theatrical Outfit in THE GOD COMMITTEE and BIG RIVER. After spending a decade as Education Director at Georgia Shakespeare, she became Associate Director of Theater Studies at Woodward Academy. In that capacity she has directed LORD OF THE FLIES, TWELFTH NIGHT, GOING TO ST. IVES, THE NIGHT THOREAU SPENT IN JAIL, THE SHAKESPEARE STEALER, ANASTASIA and PRIDE & PREJUDICE. She is the wife of John Ammerman, a celebrated Atlanta theater practitioner with his own history at the Outfit. And she is the mother of the writer Liam Ammerman, who is currently the Development Officer at Georgia Ensemble Theater. Having yearned for an artistic home for many years, she is elated to be joining the associate artists at Theatrical Outfit.