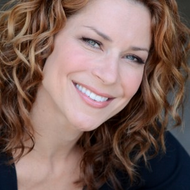 A native Atlantan, Lane has spent her career building her reputation as the go-to talent for local, regional, and national companies – and has been principal in over 300 commercials, corporate videos, and industrial films in the last 15 years. Examples include: Delta Airlines, Rooms To Go, KitchenAid, Little Debbie, Chevrolet, Southwest Airlines, Ford, Cintas, Georgia Pacific, and Napa Auto Parts. She is an ear-prompter pro and specializes in teleprompter cold reading on camera. Lane has also been a recognizable voice on HGTV Network, as well as numerous TV and radio commercials.

Lane has also worked repeatedly as a TV host on “Atlanta’s Best New Homes”, “Compendium”, “Dollars and Sense” on the Discovery Network, and Cablevision’s “Get ClarkSmart.” Recently, Lane has appeared on the USA Network’s series “Necessary Roughness,” and BET’s “Being Mary Jane,” and she was a lead in the web series “High Rise.” Film credits include Scary Movie 5, Once Upon a Jedi, and The Other Side.

Lane’s real passion is live performance, however, and she has enjoyed working with such notable theatres as: Actors Express, Alliance Theatre, Horizon Theatre, Theatre in the Square, SketchWorks, Stage Door, Synchronicity Theatre, and, of course, Theatrical Outfit. This fall you can find her in the 2-person play Walter Cronkite is Dead at Aurora Theatre.

Lane has also spent a good deal of her professional life working behind the microphone or camera in writing and producing. Early in her career, Lane had worked for legendary heritage channel WSB Radio in Atlanta; she produced content and screened “The Home Town Radio Show” with Gary McKee and Larry Munson, “The Neal Boortz Show”, and “The Clark Howard Show”.

Lane has two children, Stephi and Grant, and is also step-mom to Rebecca. She has been married to her husband, Clark Howard, for over 17 years – married the day the Braves won the World Series!