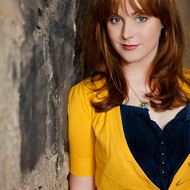 Tracy Vaden Moore, began her work at Theatrical Outfit as a marketing and casting intern in 2012. A Georgia native and BFA graduate of the Gainesville Theatre Alliance, she has been working in theatre and film in Atlanta since 2005. Onstage in Atlanta Tracy has been seen at The Alliance, Georgia Shakespeare, Georgia Ensemble, Horizon, Synchronicity, & with The Collective Project. On screen, Tracy has worked with Northpoint Ministries and the ReThink group as well as spending several months a year touring Asia as the host of an English language learning show based in Seoul, South Korea. She has also worked as a film production assistant, preproduction coordinator, designer, and as a teaching artist. She is the Curriculum Development coordinator and director of Middle School Musical Theatre Camp at The Alliance Theatre, has worked as a teacher with Atlanta Children’s Theatre and as a private voice instructor.