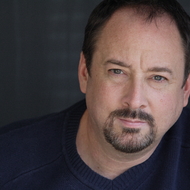 William S. Murphey, a native of Decatur, is proud to be able to make a living as an actor in his hometown. Since completing his Master of Fine Arts degree at the University of Mississippi, Bill has worked at most of the professional theatres in the Atlanta area, but really feels at home here at Theatrical Outfit. Since his first production, THE GOD COMMITTEE, he’s been seen on the Balzer stage in THE CHASE, A LESSON BEFORE DYING, DRIVING MISS DAISY, A CONFEDERACY OF DUNCES, AROUND THE WORLD IN 80 DAYS and, most recently, as Bill Balzer in TWO DRINK MINIMUM. He is the recipient of two Suzi Bass Awards – one as part of Best Ensemble (THE GOD COMMITTEE), and one as Best Featured Actor in a Play (AROUND THE WORLD…). This past summer he had the wonderful experience of directing OUR TOWN for The Renaissance Project in SW Dekalb County. Television appearances include “Army Wives,” “Drop Dead Diva,” “Good Eats,” and the Lifetime TV movie, “Acceptance.” Film work includes “Our Very Own,” with Allison Janney, and the upcoming “Devil’s Knot,” with Colin Firth. He’ll be back on the Outfit stage this Spring in THE FABULOUS LIPITONES.